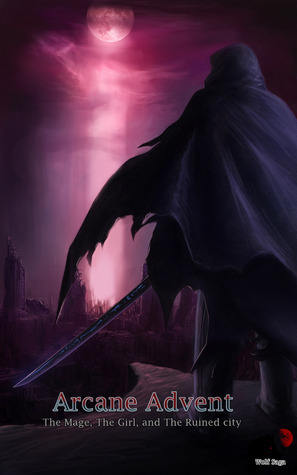 A man dressed in a shirt and jeans had his throat torn out, before the claws disemboweled him. The child he was carrying had been batted around before having its legs jerked off and swallowed.The skies had been overtaken by Peuchen- gigantic flying snakes with six bat-like wings and scarlet orbs for eyes, which matched the color scheme of their fangs.

They scooped up the uncovered prey, the sound of whistling erupting as they began.A woman was hoisted in the air inside one’s mouth, screaming for salvation from an absent god. The hellish snake shook her around, and a snap was heard when her neck broke. The peuchen coiled around the rest of her body, and quenched its thirst for blood with two long fangs.As the destruction unfolded, the man who had been watching calmly made his way past the panicked survivors that fled. He alone remained serene among the destruction and carnage- the sole oasis in a desert of fear and terror.

He had already lived through it once before.The phantasm of the girl in white appeared again, as he stopped in front of a crop of dead bodies—particularly the only near-whole remains of a golden-haired child. The corpse laid in a livid pool of deep red. Empty eyes were glazed over beneath half-opened lids.The child in white was now stained blood-red, and he pulled out the large book out of its holster.

“Six arms of man. Carried through time in the form of never ending war. Under the command of the ‘Contractor,’ one received the authority from he who reigns over the sins of the battlefield, take the form of the Zinn Drengr—”The words in the book peeled themselves off the pages, bubbling as they rose into the air and sought out the dead. Sloppily devoured—those were the only words to describe the scene that unfolded. The sacrifice was eaten- flesh, bone, and blood were consumed, and in its place was a two foot cocoon of cold black, riddled with red veins that pulsated faster and faster.“Awaken, Sin of Slaughter!” The cocoon cracked open and out stepped a two-foot tall, humanoid creature with black medieval armor and a helmet.It was a Zinn Drengr—a steel-covered demonic warrior.

Deep red beads served for eyes that reflected carnage incarnate, as the man who bought it into this world felt a great weight being placed on his legs.In its hands was a black battle-axe with crimson veins that ran across the flat of the blade and pulsated with red streaks, in anticipation of the impending massacre. The wekufe barreled down the street in droves after the fleeing men and women, covered in the visceral fluid and entrails.