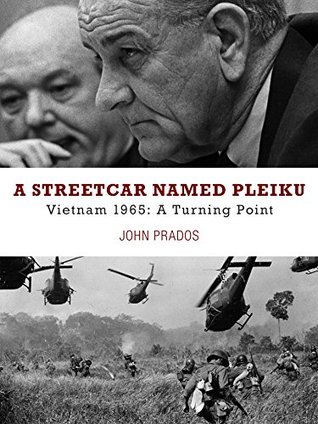 In early 1965, Vietnam still eluded the attention of most Americans. But in Washington there was growing apprehension about the war situation between South Vietnam and the Communist North, and exactly what strategy the United States should follow. Though American soldiers were serving in advisory and support roles in the country, no American ground combat troops had yet been ordered there, and U.S. planes had done no bombing of the North. Lyndon Johnson, successor to John F.

Kennedy in the White House, had just won election to the presidency in his own right, after a campaign largely based on peaceful intent abroad. But as incursions and attacks on South Vietnamese by insurgents under the banner of the National Liberation Front mounted, more Americans were being involved—and killed.

Such was the situation in February when the Liberation Front mounted a major attack on the U.S. base at Pleiku in the Central Highlands. At the time it seemed a turning point, leading to the U.S. decision to bomb North Vietnam and to install American ground troops into the struggle. But was Pleiku a real alarm bell or just an excuse for a policy departure that had already been agreed on at the highest levels in Washington? That’s the question underlying John Prados’s brilliant recounting of events that escalated the American commitment to war.