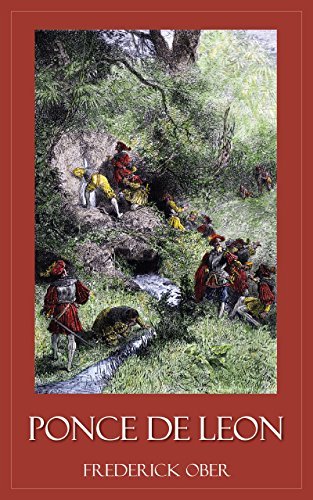 Of the two, doubtless the latter was the more distinguished in the land of his birth for bravery and military skill- but the former achieved a still wider celebrity by linking his name with the discovery of Florida and the search for the fountain of youth.These two famous sons of Spain were not closely related, although they bore the same patronymic, as Juan came from an ancient family of Aragon, and Rodrigo from an equally ancient, and in the fifteenth century more flourishing, house of Andalusia, or the south of Spain.

Both belonged to the hidalguia, or Spanish nobility- but the northern, or Aragon branch, was in decadence at the time Juan was born, in or about the year 1460, while the Andalusian was then rapidly approaching the zenith of its glory. This, indeed, culminated with the career of Rodrigo Ponce de Leon (born 1443, died 1492), who, while possessing vast territory in Spain, with scores of castles, towns, and villages, passed the greater part of his life in camp.Soldiers were they both, trained almost from infancy in the profession of arms- but while Juan was still a page at the court of Pero Nunez de Guzman, Senor of Toral, Rodrigo could raise an army of his own retainers and vassals.

For he was then the most illustrious of the Ponces, and, having in youth come into the ownership of title and estates, was well and widely known as the powerful Marquis of Cadiz. As his territory, at the time this story opens, lay contiguous to the region then occupied by the Moors, with whom for centuries the Spaniards had been engaged in deadly warfare, he had been, as it were, cradled beneath the canopies of tents, nurtured upon the traditions of his ancestors, and matured with Spains seasoned veterans in the field.

Thus it came to pass that he was regarded by the king and the queen, Ferdinand of Aragon and Isabella of Castile, as their most doughty champion, defender of the faith, and implacable antagonist of the Mahometan Moors...